Walter Herbert Coles, always known as Herb, was born April 29, 1919. At the age of 19 he enlisted in the Canadian Army in the Corps of Military Staff Clerks. After a year of training Herb and 42 other clerks were sent to England to set up Canadian Army H.Q. in London and to do other clerical assignments in Europe. Herb spent time in London, and Cassino, Aquino, Naples and Rome in Italy. Of the 145 Canadian troops who boarded the Nerissa only 35 survived. Herb was one of 10 CMSC survivors. His amazing survival story can be read here “Herb Coles ‘Remembrance Day’ Story”. Herb spent 4 ½ years in Europe, returning to Canada in 1945. 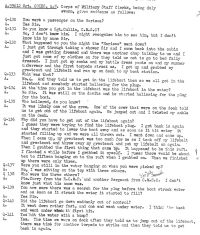 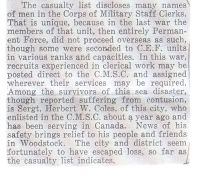